THERE IS NO PLACE LIKE CINETECA · Arena Comunicación Audiovisual 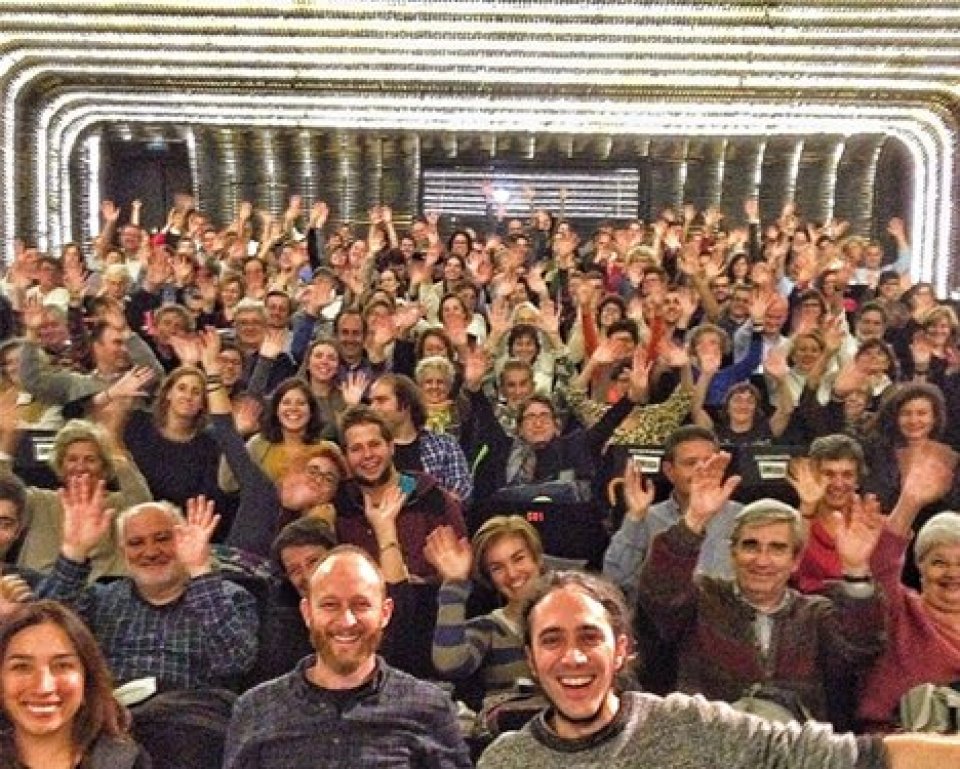 We have come back to Cineteca, this time to screen District Zero. This year has been unusual, two films at the same time, both deeply real, both are the type of film that Cineteca likes, the cinema of the reality. The screenings with subsequent discussion reveal the true character of the Azcona theatre, the living room of the house of documentary cinema. Here we share with you two curious things: a link to the discussion after the film, in case you want to listen to Jorge and Pablo. And a picture with a story. After the screening, we made a picture to the viewers sending a greeting to Maamun, our main character. We sent it through whatsapp and he responded immediatly with a huge "Thank you" to all the viewers. That is a real discussion down to reality, in direct contact with the story we tell.