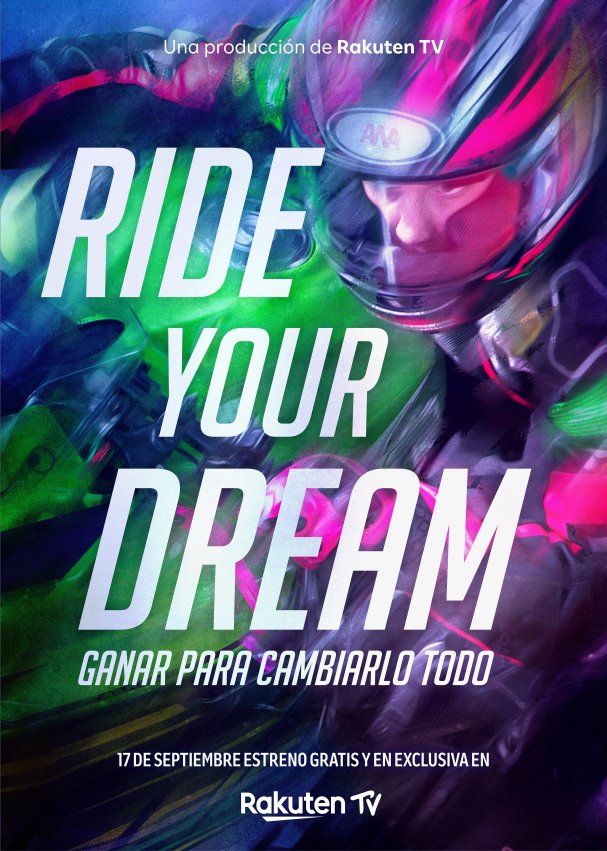 Yesterday we presented in Madrid "Ride your dream", the documentary about Ana Carrasco, the first woman to win a world motorcycle championship. You can see it soon, and also for free, on Rakuten TV. It has been a beautiful adventure, we have had to tell something that we are passionate about, the story of a person who fights against stereotypes, rebels against the established and decides to pursue her dream through thick and thin. It has been very pretty experience. You can see the trailer here. Starting next September 17, it can be seen in a lot of countries (42) We have made it for Rakuten TV, which has a huge potential audience. It is a very "Arena" movie: artisan work, handmade and with great care by a small team. And at the same time, it is a very "Rakuten" movie: worldwide distribution through a platform that belongs to the company that sponsors FC Barcelona, ​​the Golden State Warriors of the NBA, the Davis Cup ... That combination of artisan affection and power in we love the distribution. When we were called in to make a movie about Ana Carrasco, we couldn't hide the fact that we knew about motorcycling as much as we did about quantum mechanics. The same thing happened to us a lot of years ago when we started telling mountain stories in the Himalayas. Now we move through the Paddock as naturally as through a bazaar in Kathmandu. The interesting stories are interesting here, at the top of the Everest and at the bottom of the sea. There is a moment in our movie “Ride your dream” in which Ana Carrasco says that “on a motorcycle it can be me”. We love that idea, it is the one behind every dance by Billy Elliot or the kitchen of Jiro, the protagonist of "dreams of sushi". At Arena we feel who we are when we make documentaries. Thank you Víctor Correal for having trusted us to tell the story of Ana Carrasco. And for having accompanied us, for the advice and for the supervision of the whole process.