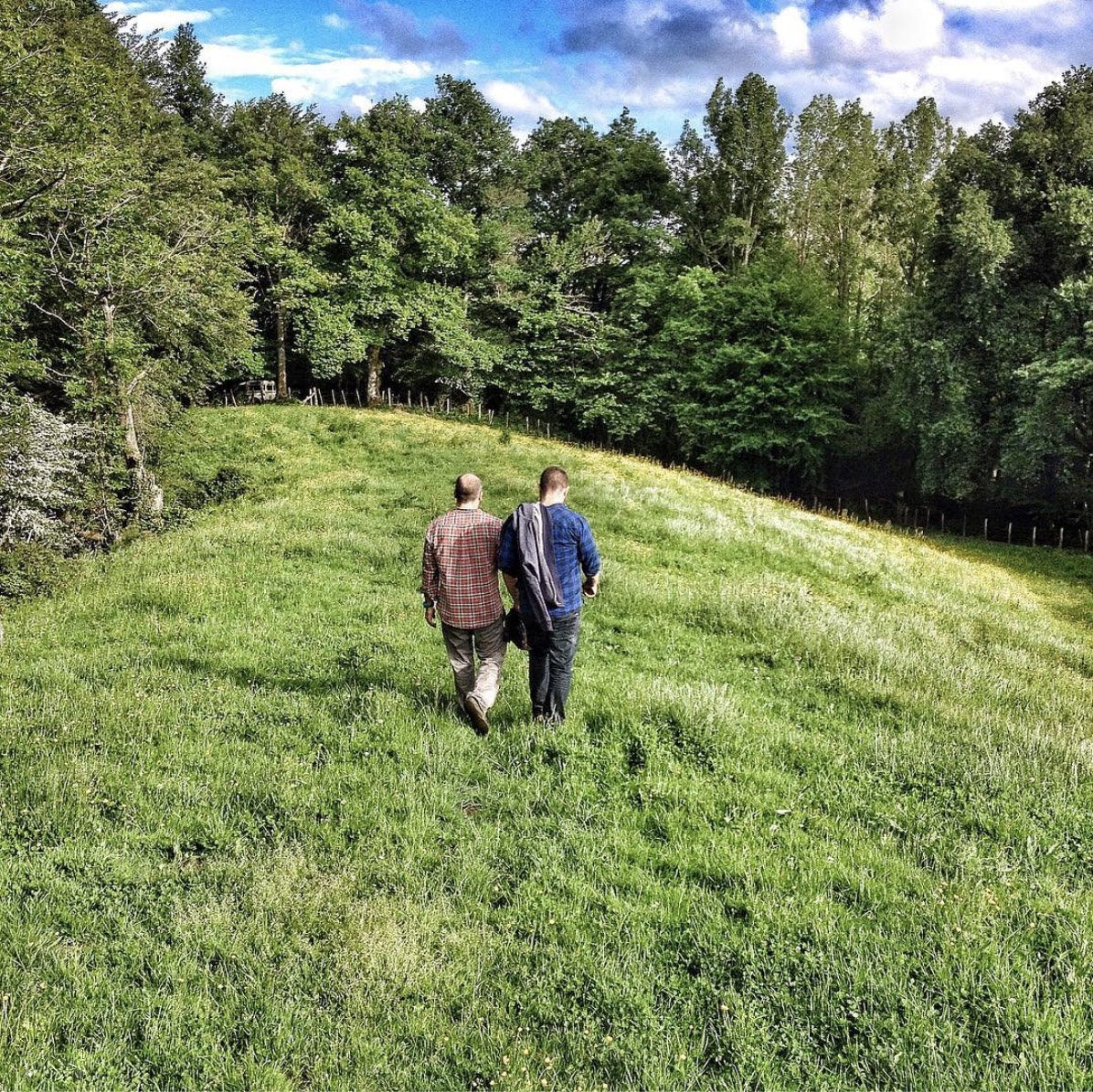 Four days ago, David Beriain and Roberto Fraile were murdered while filming a documentary in Burkina Faso. Roberto was from Barakaldo. David was Navarrese, like us. These days the media always show him in dangerous environments: photos with hitmen, criminals armed with machine guns, gunmen in some remote country. We prefer to remember David with this photo. It has been an honor to walk alongside him, accompanying him in some of his projects. He told us that there were exciting stories everywhere, even in these nearby forests. His testimony reminds us that the world needs, now more than ever, looks like his. From David we learned to listen, to empathize with the other, to look with curiosity at the other side of the world. We send a big hug to Roberto's family, to the entire 93-meter team and especially to Rosaura. We know from David that he could be who he was because of her.