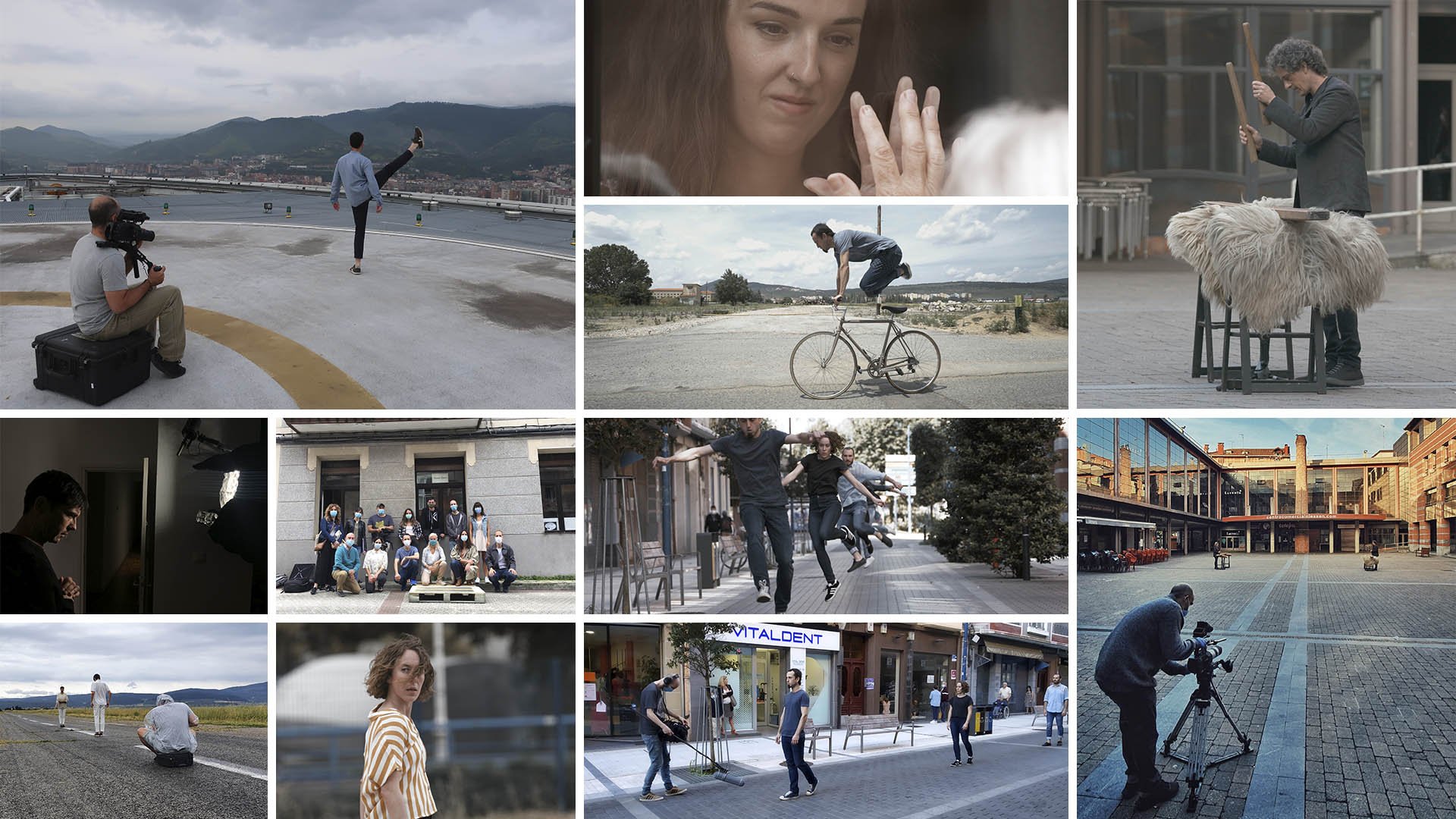 Filming Bizimina, a piece that mixes dance, space and photography, in times of pandemic, has turned out to be a laborious and complicated process, but at the same time rewarding.

Jon Maya, from Kukai Dantza, had that need, an urge to scream, to dance something in difficult moments for everyone. Picking up the witness, Pablo Iraburu, from Arena Comunicación, composed Jon's ideas, united them narratively, and Migueltxo Molina filmed them. Bizimina started to take shape.

But apart from this tricodirection, many people have worked from the beginning to make Bizimina a reality.

Mikel Salas has been in charge of the music, essential to fill the spaces that the Kukai dancers have danced. All of them have rehearsed and worked in the studio before going abroad to film. Urko Mitxelena, Martxel Rodriguez, Nerea Vesga, Leire Otamendi, Izar Aizpuru, Ibon Huarte, Eneko Gil, Alain Maya and Jon Maya himself have given free rein to their art to convey in each of their movements and performances the sensations they wanted to scream with their bodies: fear, distance, lost time, joy, freedom, uncertainty, unease, nostalgia, hope, death, life...

All this must be budgeted, coordinated, produced and distributed. From Kukai, with Elena García and Doltza Oar-Arteta and from Arena with Itziar García Zubiri, Ohiane Iriarte and Itsaso Etxeberria, a filming plan was set up that we carried out between the months of May and July, the first moments in which we could begin to walk on the street after confinement.

Ikerne Giménez was in charge of the costumes, Miguel García of sound and post-production, Álvaro García of design and graphics, and in the final phase, Iosu Gónzalez of Noisestudioa enjoyed giving free rein to sound design.

Thanks to the collaboration of OrekaTX, with the cession of two of their songs and their performance on the initial theme, BIZIMINA has been formed, a message of encouragement and hope in these troubled, rare, hard and changing times.

Being able to premiere it at the San Sebastian Festival is a wonderful award for each and every one of the people who have participated in the process.

As well as, again, those who have supported us along the way, in one way or another.