Migueltxo Molina, from Arena Comunicación, is in Nepal in a new expedition of Edurne Pasaban 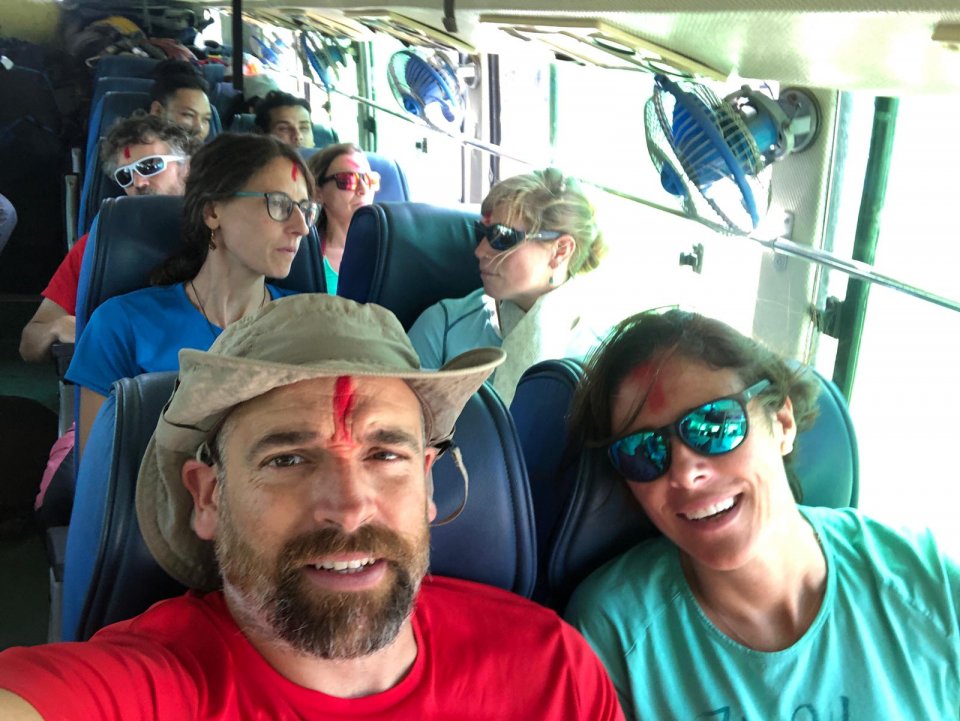 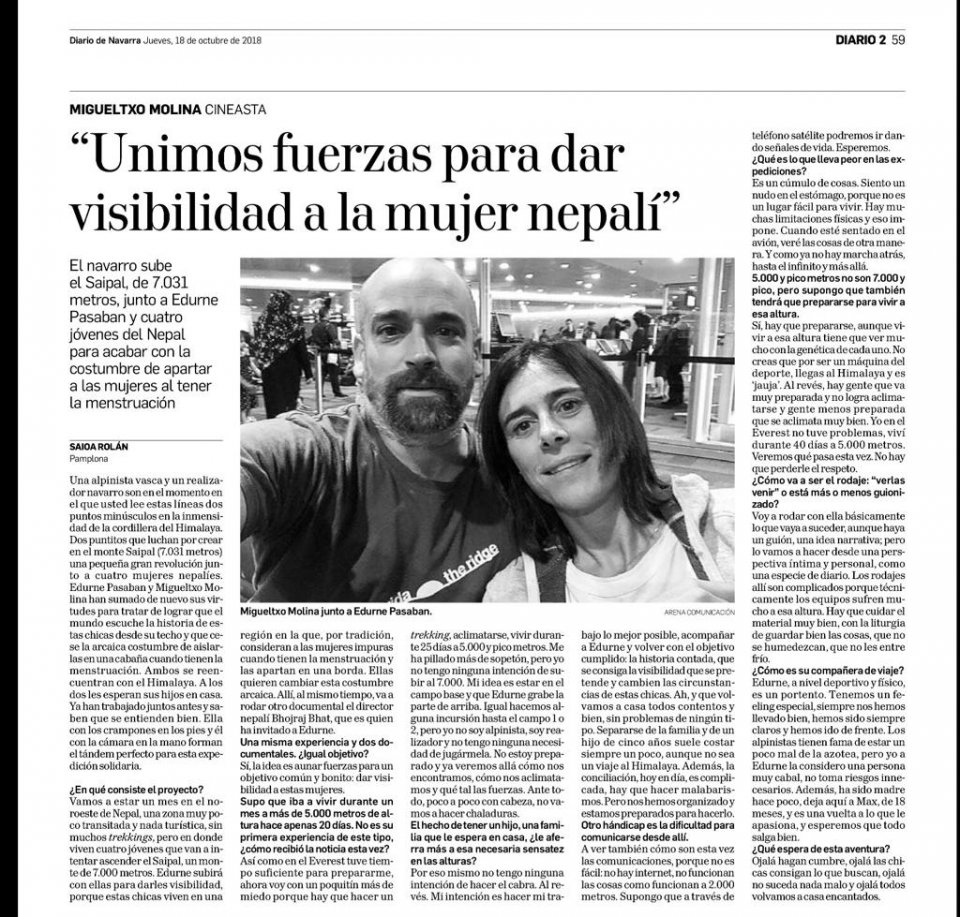 Yes, we are again in Nepal. But in this occasion everything is different. We have come back with our friend Edurne Pasaban. But now we don’t go to the East of the country, where the 8,000 meters mountains and commercial expeditions are. This time we go to the unknown Nepal, the country of mountains that haven’t been climbed and ancient traditions. Among these traditions there are some of them really beautiful – the multitudinous dance festivals and the great costumes- and other awful traditions that we will try to combat. At this area, Chaupadi ritual is still alive, it is a tradition that force women to confined to the stable with the animals during her menstruation. At this region women are considered impure during those days. And always they are considered unworthy persons to climb a mountain. A Nepal friend of us is leading a social project which is trying to combat this taboo. He has organized an expedition to Saipal mountain, a 7,000m mountain that has been climbed in few times. Edurne Pasaban is the leader of the expedition. We go with her to make an intimate and personal diary of her. We are in a new territory for us, not only geographically, but also emotionally.
It’s the first expedition for Edurne since she has her son Max, who is 1 year and a half old.
It’s the first time that a group of young Nepal women of Saipal’s region try to challenge the established rules and climb a mountain.
It’s the first time that we focus on a story from a minimal perspective, with a small team of one person, the great Migueltxo Molina.